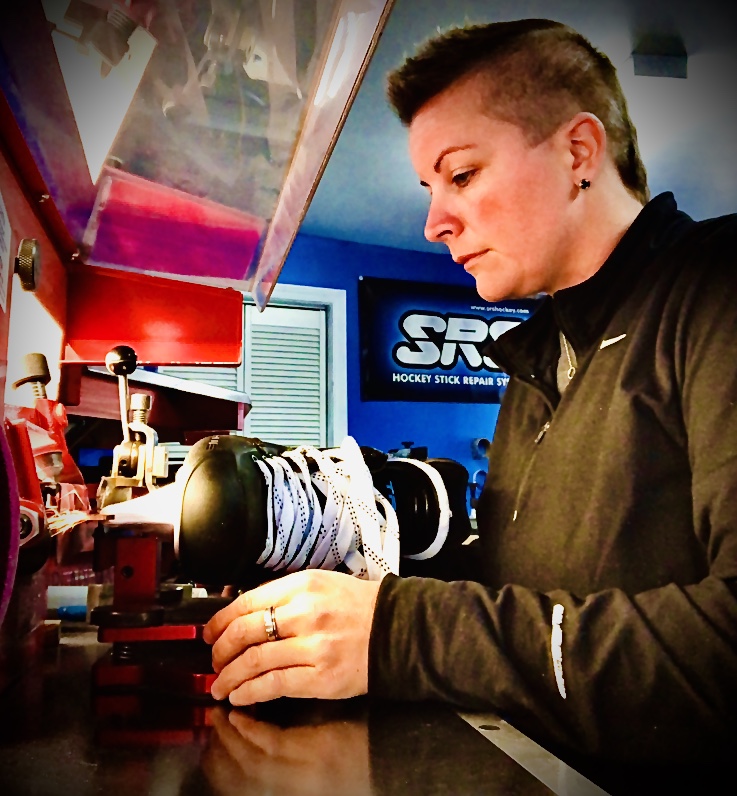 Eganville Bladz is the newest addition to the Bladz Skate Shop family. We are thrilled to offer the Ottawa Valley a high end and consistent skate sharpening system that many of the pro’s are familiar with. Partnered with Maximum Edge- we provide a professional yet personable service to satisfy your skater.

Since starting her skate sharpening career in 2017, Owner Colleen Griffith has already gained loyal customers from local minor hockey associations, Jr A players as well as adult league players in the area.

In 2019 Colleen made the transition to work alongside Bladz Franchise Owner Terry Burrows at his Kingston location. Her clientele ranges from, figure skaters, minor hockey players, women’s and men’s University hockey, as well as members of both the OJHL and OHL.

Since her transition to Kingston, Colleen’s Son Kaleb has found a passion in skate sharpening and completed his training to follow in his mother’s footsteps. Kaleb is currently operating the Eganvile Bladz location.

Current services provided are as follows:

Shop Hours will be posted mid September for the 2020 season.

Please Book An Appointment Throughout The Summer!

Bladz Skate Shop is a full service skate sharpening and maintenance service provider with 9 locations throughout Alberta, Ontario and BC.  We are also a member of Maximum Edge®, a skate-sharpening supplier to the NHL.